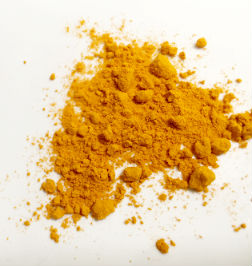 Chronic inflammation is the cause of many diseases including rheumatoid arthritis, atherosclerosis, hay fever, and many other diseases. Over-the-counter anti-inflammatories have side effects, especially when used long-term.

The good news is that many foods have anti-inflammatory properties and some of them work better than OTC meds but without the side effects.

Kelp
Kelp contains fucoidan, a complex carbohydrate that is a powerful anti-inflammatory.

Avocados
Avocados contain many different compounds that fight inflammation. This includes carotenoids, phytosterols, polyhydroxylated fatty alcohols, and omega-3 fatty acids that all work together in the anti-inflammatory process.

Wild Alaskan Salmon
Wild Alaskan salmon is one of the best sources of omega-3 fatty acids which are heavy hitters in the fight against inflammation. Omega-3s are used to treat a wide range of inflammatory diseases, from heart disease to Alzheimer’s to autoimmune disorders. Other oily fish such as sardines, anchovies, and mackerel are also anti-inflammatory.

Cherry Juice
Cherries are one of nature’s most powerful anti-inflammatories due to the anthocyanins they contain. Researchers have found they prevent free radical damage and inhibit cyclooxygenase enzymes better than many anti-inflammatory drugs. The Arthritis Foundation suggests that drinking tart cherry juice mixed with water three times a day may be beneficial for some people with arthritis.

Extra-Virgin Olive Oil
Olive oil contains alpha-linolenic acid (ALA), a type of omega-3 that is a potent anti-inflammatory. Note that you shouldn’t cook with extra-virgin olive oil but should eat it cold, for example tossed into salad dressings or drizzled over food after it’s been cooked. For cooking, use regular olive oil or other oils that can be heated to high temperature like coconut oil.

Garlic
Garlic reduces inflammatin and pain in the body thanks to the sulfur compounds it contains.

Blueberries
A compound in blueberries called anthocyanin is responsible for their anti-inflammatory properties.

Papaya
Papaya contains enzymes called papain and chymopapain that have been found to reduce inflammation in the body. Papaya also contains a wealth of vitamins, including C and E, that work against inflammatory processes.