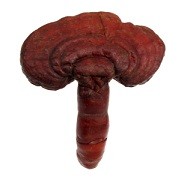 Ganoderma lucidum is the botanical name for a mushroom more commonly known as lingzhi, which has been popular in Chinese medicine for over 2,000 years and is often called the “mushroom of immortality.” Now gaining recognition in the West, Ganoderma lucidum has become famous for a wide array of impressive, more believable medicinal properties.

Cancer Prevention
It has been demonstrated that Ganoderma lucidum boosts immunity and fights the proliferation of cancer cells. Some laboratory studies have also shown Ganoderma lucidum may prevent cancer metastasis. The mechanisms by which the mushroom does this are as yet unknown and it seems they may target many different stages of cancer development. They may inhibit angiogenesis (the formation of blood vessels made to supply nutrients to the tumor), or perhaps they inhibit the migration of the cancer cells and metastasis. It is also thought that they work by inducing and enhancing apoptosis of tumor cells. In any case, Ganoderma lucidum extracts are already being used in some commercial pharmaceuticals to suppress cancer cell proliferation and migration. Studies on breast cancer cells have found that combining Ganoderma lucidum with green tea augments the mushroom’s power to retard the growth of cancer cells.

Immune System Support
Ganoderma lucidum may be useful in boosting the immune system. In studies on patients with advanced tumors, Ganoderma lucidum was prescribed for thirty days and the results found a significant positive effect on the immune system with an increase in T lymphocytes and decreased CD8 counts. Patients had fewer side effects from chemotherapy and radiation, and their post operative recovery was smoother. Research has also found that ganoderma lucidum, when used on a regular basis, increases antioxidant levels.

Cardiovascular Health
Ganoderma lucidum has been prescribed for centuries to people suffering from stress and angina. Studies in China found that Ganoderma lucidum promotes blood flow and lowers oxygen consumption in the muscle of the heart. Japanese scientists have made similar findings, and ascribe these benefits to a chain of acids belonging to triterpenes, a group of natural compounds known to reduce high blood pressure, lower cholesterol, and prevent blood clots. A Russian study also found that Ganoderma lucidum showed significant preventive abilities against plaque build-up on artery walls.

Liver Protection
Ganoderma lucidum is a favorite for use as a liver protectant. In one study of patients suffering from hepatitis B and elevated liver enzymes (SGOT/SGPT) and bilirubin, patients were given ganoderma lucidum for three months. Within a month, significant reduction in SGOT and SGPT were seen, and three months later all values were within a healthy range.

Radiation Protection
Research indicates that ganoderma lucidum mushrooms augment the effects of radiation therapy while acting directly against the tumor. Investigation also reveals ganoderma lucidum helps to strengthen the immune system, to better manage radiation therapy and chemotherapy treatment and assists to improve the quality of life of the patient. It has also been found to ease symptoms of chemotherapy, such as nausea, vomiting, headaches, fever, infection, weight loss and hair loss.

Urinary Tract Support
In a 2008 study of 88 men with urinary tract symptoms, researchers found that ganoderma lucidum was significantly superior to placebo in providing symptom relief. As if that weren’t enough, ganoderma lucidum is said to inhibit 5-alpha reductase, an enzyme responsible for converting testosterone to dihydrotestosterone. This nasty predicament can lead to a swollen prostate and all the ills that go with it. According to a study published in the Asian Journal of Andrology, ganoderma lucidum demonstrates more 5-alpha-reductase inhibitory activity than many other medicinal mushrooms and improves urine flow in men with mild-to-moderate lower urinary tract symptoms.