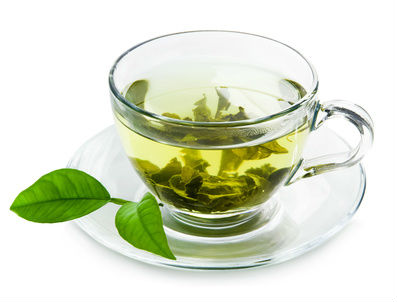 1. Studies suggest green tea may lower the risk of breast cancer and prevent it from spreading in women who already have it.

3. One major component of green tea, EGCG, has been shown to reduce cell death in the heart and brain after a heart attack or stroke.

4. Researchers found that it may stop the activity of certain chemicals in the brain that are associated with Alzheimer’s disease.

5. In several studies, it has been shown to protect against stomach inflammation that may lead to stomach cancer.

6. Researchers have found that green tea may be beneficial in preventing and treating skin cancer when taken internally or applied topically in a cream.

7. Studies show that it may reduce the risk of lung cancer and prevent the growth of existing tumors.

9. It has shown a remarkable ability to inhibit metastasis of cancer cells by preventing angiogenesis.

11. One study showed that green tea may improve the symptoms of rheumatoid arthritis.

14. Green tea has been shown to reduce inflammation in ulcerative colitis and Crohn’s disease.

15. It may prevent the development and slow the progression of Type I diabetes by controlling glucose levels in the body.

Sort by:   newest | oldest | most voted
Myra
Share On TwitterShare On Google

I wonder if L-Theanine, an amino acid found in green tea, has the same positive affects as green tea alone…I know that it makes me feel great!!! Especially in the Zenmaster sodas, which contain 200 mg of Suntheanine, the highest quality l-theanine….anyway, just wondering if anyone knew if the affects were similar, the same….