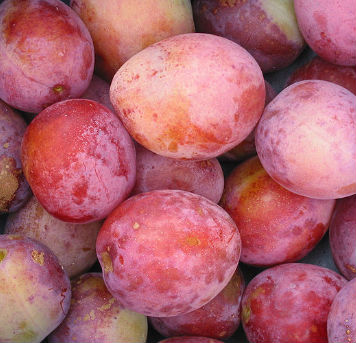 Anthocyanin is a plant compound and pigment responsible for the dark purple, red and blue colors of many fruits that also acts as a powerful antioxidant in the human body. Often taken as a supplement, they are commonly found in many dark berries and fruits, but a variety of other healthy foods are full of this useful antioxidant as well.

Here are 12 foods that contain anthocyanins.

Blackberries & Other Berries
Most berries have good amounts of anthocyanins. Raspberry, blackberry, blueberry, bilberry, elderberry, cranberry, and virtually any blue, purple or red-skinned berry, are likely to have a high concentration of anthocyanins. In general, blackberries have the highest antioxidant capacity of any fruit. The specific degree of health benefits of each berry may vary.


Cherries
Tart cherries have a higher concentration of anthocyanins than sweet cherries, but any cherry is a good source; the darker the better.

Grapes and Wine
Concord and muscadine grapes are ripe with anothocyanins, but all grapes are a good source. Anthocyanins are found mostly in the skin of grapes. Since white wine is fermented without grape skins, red wine varietals are a much better source of anthocyanins than white varietals.

Plums
These dark, purple fruits are one of the staples of anthocyanin foods.

Pomegranates
Anothocyanins are only one of many powerful antioxidants found in pomegranates.

Bananas
Many researchers have been surprised to learn that bananas (not noted for their dark color) are a rich source of anthocyanins.

Eggplant
Sometimes referred to as a “brain food,” due in part because the anthocyanins found mostly in the eggplant skin, help protect the lipids (fats) in brain cell membranes.

Red Fleshed Peaches
According to researchers, fruits with red flesh carry many of the same health benefits as dark berries, due in part to the high levels of anthocyanins found in both.

Black Beans & Kidney Beans
Many beans may have trace amounts of anthocyanins, but black beans and kidney beans have more significant levels.

Other Foods
Many other foods contain anthocyanins. Notable amounts have been detected in pears, peas, black rice, fennel, potatoes, and red onions.