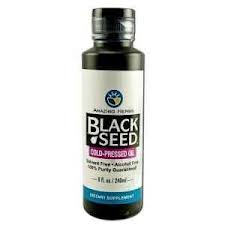 Black seed oil a supplement extracted from the seeds of the flowering plant nigella sativa, sometimes called black seed or black cumin. Traditionally used in the Middle East and Southeast Asia, black seed dates back to ancient Egypt and was found inside King Tutankhamen’s tomb.

Cancer Prevention
One study found that black seed extracts protected healthy cells and destroyed tumor cells while increasing the levels of antibodies in the body. It also contains antioxidants, boosts the immune system and has anti-inflammatory properties, all key components of cancer prevention.

High In Antioxidants
Black seed oil contains powerful antioxidants that help prevent oxidative stress to cells and the cardiovascular system, including thymoquinone, which has shown to protect against heart, liver and kidney disease in animal studies.

Antihistamine
A natural antihistamine, black seed oil has been shown to destroy microorganisms in lab tests.

Antibacterial
Research shows black seed oil has the ability to destroy different bacterial agents in the digestive tract, including candida and E. coli.

Respiratory Health
Black seed oil has been shown to be effective for treating asthma and reducing the symptoms of respiratory infections like coughs and bronchitis.

Healthy Skin
Black seed oil may be an effective treatment for chronic acne.

If you want to try black seed oil as a natural remedy, the most popular black seed supplements are Amazing Herbs Black Seed Cold-Pressed Oil

Sort by:   newest | oldest | most voted
Cara
Share On TwitterShare On Google

You make Black Seed Oil seem like an all-in-one remedy lol. My dad suffers from diabetes, so I might introduce it to him and see if it helps. But I must ask, are there any negatives to Black Seed Oil? Thanks for a great post!