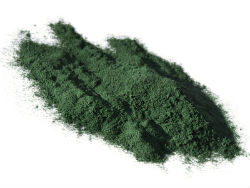 Spirulina is a blue-green algae best known as a popular dietary supplement. It is commercially cultivated and can be found in pill, powder and tablet form. While more human research is needed to confirm the many purported health benefits of sprulina, preliminary studies are promising.

Here are 13 health benefits of spirulina:

Cancer Prevention
The potent antioxidants in spirulina are believed to help reduce the risk of cancer. Spirulina has been shown to have anti-tumor effects in lab studies with mice. A 2009 Chinese research team published findings in “Biomedicine and Pharmacotherapy” that suggested spirulina in combination with selenium could help prevent breast cancer. Additionally, in vitro studies have found that spirulina could have a significant effect on liver cancer, reducing occurrences of tumors in the liver from 80% to 20%.


Antioxidant Activity
Spirulina is a rich source of antioxidants, including vitamin E, selenium, carotenoids and phenolic acids. Antioxidants are believed to help protect the body from cancer, heart disease, premature aging, and other conditions by warding off free radical damage to the cells and DNA.

Antibiotic & Antimicrobial
Lab studies have found that spirulina can destroy bacterium and viruses. It may be effective against influenza, mumps, measles, herpes simplex, HIV and more. It also stimulates the production of macrophages in the immune system, which target and kill invading pathogens.

Probiotic
Spirulina may be probiotic as well. Test tube studies have found that it can boost the growth of probiotics and healthy bacteria like L. acidophilus.

Respiratory Health
Several studies have found that spirulina may provide relief to people suffering from respiratory diseases like asthma and allergic rhinitis. A 2001 study published in the “Journal of Nutraceutical Functional Medical Foods” found that as little as 1 gram of spirulina per day may help improve lung function in people with bronchial asthma. A 2005 study from the “Journal of Medicinal Food” showed that people with allergic rhinitis benefited from spirulina. It apparently can reduce cytokine levels and inhibit the release of histamines that affect allergic response.

Immune Health
Spirulina has been shown to stimulate the production of pathogen killing antibodies in the immune system. Animal tests confirm that it can fight infection and chronic illnesses by stimulating the immune system.

Liver Protection
Preliminary studies in animals suggest that spirulina helps to protect the liver. It lessens liver inflammation, inhibits lipid peroxidation, and slows the buildup of triglycerides in the liver. It may also protect from toxic damage from metals like lead and mercury.

Type-2 Diabetes
Spirulina may aid in the care of type-2 diabetes. It has been shown to reduce systemic inflammation, which may help curb insulin resistance. It can also alter lipid profiles and increase HDL (“good”) cholesterol.

Heart Health
Spirulina may support cardiovascular health in a variety of ways. It helps to improve lipid profiles, curbs hypertension and increases blood vessel elasticity. It has been shown to boost good HDL cholesterol and lower blood pressure in limited studies. An animal study from 2007 found that spirulina could prevent hypertension and protect from atherosclerosis.

Stroke Prevention
Lab studies and animal studies have found that spirulina has neuroprotective qualities and may help to prevent stroke. A study at Oregon State University found that rats induced with strokes and fed spirulina had a 75% reduction in brain lesions.

Brain Health
The antioxidant properties of spirulina are believed to fight oxidative stress to the brain and possibly reduce the risk of Alzheimer’s, Parkinson’s, and other neurodegenerative disorders.

If you want to add spirulina to your supplement regimen, Now Foods Organic Spirulina Powder

is a great choice. It is certified organic and GMO free.

Sort by:   newest | oldest | most voted
Daniel
Share On TwitterShare On Google