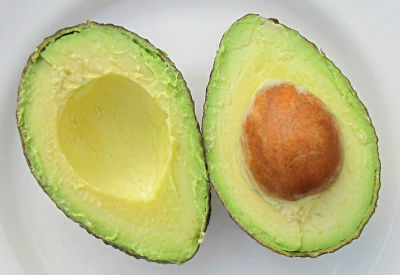 If your cholesterol is too high, you may be wondering what to eat in order to lower it without drugs. Here’s a list of 10 foods that lower cholesterol naturally.

Cinnamon
Just half a teaspoon per day of cinnamon has been found to lower LDL cholesterol.

Almonds
Almonds are a great way to lower cholesterol. This is due to their high monounsaturated fat content as well as high vitamin E content.

Brussels Sprouts
Thanks to their high fiber content, Brussels sprouts lower cholesterol by binding with bile acids that the liver produces from cholesterol for digesting fat.


Avocados
Avocados contain a compound called beta-sitosterol that has been shown in human studies to lower cholesterol levels by as much as 17% after just a week of eating avocados.

Blueberries
Research in mice has found that compounds in blueberries lower cholesterol just as well as statins do but without the harmful side effects.

Lentils
Thanks to the high amounts of fiber they contain, lentils are a great natural cholesterol lowering food.

Zucchini
Zucchini lowers cholesterol due to the fiber it contains, which attaches itself to bile acids the liver makes from cholesterol and lowers its ability to digest fat.

Cherries
According to a study at the University of Michigan, including cherries in one’s diet reduces cholesterol and lowers other risk factors for heart disease including inflammation and body fat.

Apples
Research has found that people who eat two apples a day can lower their cholesterol by as much as 16 percent. The pectin in apples is believed to be responsible for this remarkable effect.

Olive Oil
The polyphenols in olive oil are natural antioxidants that have a positive effect on cholesterol and levels and can help prevent other risk factors for heart disease such as high blood pressure.

Red Wine
The resveratrol and saponins present in red wine have been found in studies to lower LDL (“bad”) cholesterol.

Dark Chocolate
Dark chocolate has been found in studies to lower LDL cholesterol by as much as 10 percent.