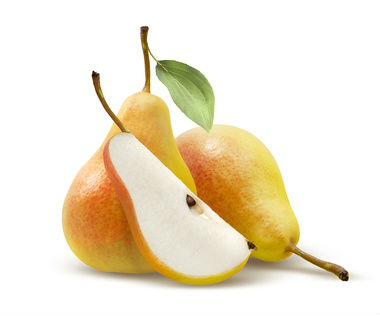 Pears are one of the world’s favorite fruits and have been so for thousands of years. Here are 20 interesting facts about pears that you may not have known.


There are over 3000 varieties of pears grown around the world.

Pears are native to Asia and Europe. The first pear tree was planted in the North America in 1620 in the Massachusetts Bay colony.

The European pear originated in Southeast Asia and was first cultivated in Europe about 1000 B.C.

Asian pears were cultivated in China as early as 1134 B.C.

The Chinese considered the pear, which they call “li,” to be a symbol of immortality. The destruction of a pear tree symbolized tragic or untimely death.

In Chinese, fen li means both “to share a pear” and “to separate.” Therefore, it is considered bad luck in China to share a pear because it may lead to separation of friends or lovers.

Before tobacco was introduced in Europe, pear leaves were smoked.

In the Odyssey, Homer called the pear a “gift from the Gods.”

The pear was sacred to two goddesses in Greek mythology – Hera and Aphrodite. It was also sacred to the corresponding Roman goddesses, Juno and Venus, as well as to Pomona, the Roman goddess of fruitfulness.

They were given the nickname “butter fruit” in the 1700s because of their soft, buttery texture.

Most pears (about 95%) sold in the U.S. are grown on the west coast, in Washington, Oregon, and Northern California.

The Bartlett is the most popular variety of pear in the United States.

In Europe, the Bartlett is known as the Williams Bon Chrétien or the Williams. It got its American name when a Bostonian named Enoch Bartlett bought a pear orchard and, not knowing the pears already had a name, began distributing them as Bartlett pears.

The Anjou pear arrived in the United States in 1840.

Towns with an abundance of pear trees often included the word Perry in the name of the town.

Pears were used as a natural remedy against nausea in ancient Greece.

Pears are often recommended for weaning babies because they are low in acid and aren’t too harsh on a baby’s digestive system.

Pears are considered by some to be hypoallergenic because pear allergy is rare. However, people who are allergic to Alder or Birch pollen may be allergic to pears as well.