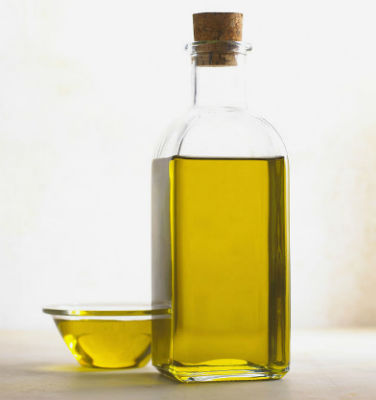 What’s not to love about olive oil? It’s delicious, it goes great with almost everything, and it’s good for you. Read on for some facts about what some refer to as “liquid gold.”

The olive tree is native to the Mediterranean, where olive oil has been an important part of life for thousands of years.

In Ancient Greece, women applied olive oil to their skin and hair after bathing as protection from the elements and to maintain a pleasant fragrance.

In Homer’s Odyssey, the Phaeacian princess Nausicaa carries a golden flask filled with olive oil. She and her maids anoint themselves with the oil after bathing in the river.

In Homer’s Iliad, Hera removes cleans her skin with ambrosia and anoints herself with olive oil.

Dead bodies were often anointed with olive oil to mask the smell.

During training and competition, Greek athletes slathered their naked bodies in olive oil and a light dusting of sand in order to protect their skin from the sun and to regulate body temperature.
After training or competition, the athlete would then scrape the oil, sweat, and sand from their skin with a tool called a strigil.

In the Bible, King Solomon pays for wood to build his temple with olive oil, wine, barley, and wheat.

Castile soap made from olive oil is believed to have originated in Castile, Spain (the territory was known then as the Kingdom of Castile).

Christopher Columbus introduced olive oil to the Americas in 1492. Olive oil was unavailable in the United States until Italian and Greek immigrants began importing it from their home countries.

Olive oil is technically a fruit juice rather than an oil. The olives are pressed to release their juices just like an orange or a lemon be pressed.

Extra virgin is the highest quality and most expensive form of olive oil. It comes from the first pressing of the olives. It is the least acidic and has the fruitiest flavor.

Spain is the world’s largest overall producer of olive oil. Italy is second.

Greece is the world’s largest producer of extra-virgin olive oil. Italy and Spain come in second and third in the extra-virgin race.

Italy exports more olive oil to the United States than to anywhere else.

There is an International Olive Oil Council (IOOC) that creates quality guidelines, guarantees authenticity, and promotes olive oil around the world.

The United States, unlike all other countries that produce olive oil, does not recognize the guidelines of the IOOC. The U.S. instead goes by USDA guidelines and recognizes four grades of olive oil: Fancy, Choice, Standard, and Substandard.

Because the IOCC regulations don’t have any meaning in the United States, U.S. olive oil producers can slap the “extra-virgin” label on any old oil, even if there aren’t any extra virgins in it.

Olive oil has 5mg of flavonoid polyphenols for every 10 grams of oil. These polyphenols are natural anti-oxidants that can prevent heart disease, lower cholesterol and blood pressure, and reduce the overall effects of aging.