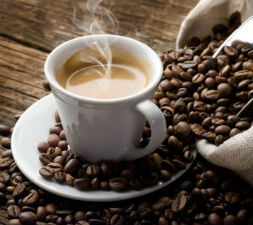 Cancer Prevention
Decaffeinated coffee is associated with a lower risk of many types of cancer. Just three cups per day may reduce the risk of skin cancer by as much as 9% in men and 20% in women. The risk of developing prostate cancer is also greatly reduced, by as much as 30% for some coffee drinkers according a study published in the Journal of the National Cancer Institute.


Liver Protection
According to a professor at the Harvard School For Public Health, decaf coffee consumption appears to help protect the liver from cirrhosis and related forms of liver cancer. It is unclear as to whether the caffeine in regular coffee may enhance or deter this protection, but decaf coffee is considered good for the liver when taken in moderation.

Prevent Type 2 Diabetes
Drinking decaf coffee can greatly reduce the risk of developing type 2 diabetes. Coffee contains magnesium, chromium and other minerals that help the body use insulin. Thus, coffee helps regulate blood sugar levels. A review of 18 studies, involving 450,000 people, published in Archives of Internal Medicine, found that each additional cup of coffee consumed per day lowered the risk of diabetes by 7%. A similar study of 193,000 people saw a reduced risk of 35% for people drinking 6 or 7 cups of coffee per day.

Heart Health
Though decaf coffee has sometimes been associated with an increase in cholesterol levels, it appears that its overall heart benefits are good. One study showed that women who drink coffee on a daily basis have a 25% less chance of developing cardiovascular disease than non-coffee drinkers. Additionally, decaf may be a better choice for the heart than regular coffee because it does not come with the adverse side effects caffeine can have on cardiovascular health.