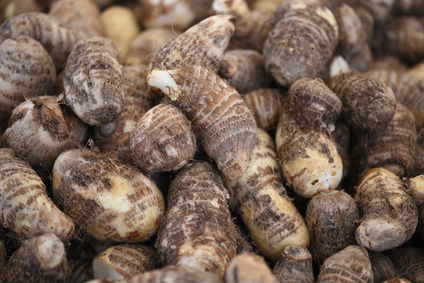 Yams have been cultivated since 50,000 BC in Africa and Asia and today are one of the most popular and widely consumed foods in the world. They are currently grown in the tropical and subtropical regions of North America and are staple crops in many different countries in South America, Africa, the Pacific Islands, and the West Indies.

Here are six health benefits of yams that may make you want to include them in your diet.

Cardiovascular Benefits
Yams are a good source of vitamin B6, a nutrient needed by the body to break down homocysteine, an amino acid which can directly damage blood vessel walls. Victims of heart attack with normal or even low cholesterol levels are commonly discovered to have high levels of homocysteine. Because high levels of homocysteine have been linked with increased risk of heart attack and stroke, it would seem to be a good idea to get enough vitamin B6. Furthermore, adequate intake of vitamin B6 has been shown to reduce the risk of heart disease.


Yams are also a good source of the mineral potassium, which helps control blood pressure. Low ingestion of potassium, especially when coupled with high sodium intake, can often lead to hypertension. Speaking of hyperhension, a storage protein contained in yams called dioscorin may also be of benefit to certain people suffering from this condition. Studies suggest that dioscorin can aid increased kidney blood flow and reduce blood pressure. To cap it all off, yams are also a great source of vitamin C which lowers blood pressure and ensures proper dilation of blood vessels, improving blood flow to the heart and preventing such diseases as atherosclerosis, high cholesterol and congestive heart failure.

Cancer Prevention
The presence of the antioxidant vitamin C in yams helps protect the body from free radicals that cause oxidative stress. Oxidative stress, or “cellular rust,” is associated with many different types of cancer, including lung, mouth, throat, colon, stomach and esophagus. Vitamin C also aids in the generation of vitamin E (another useful antioxidant).

Eye Health
One cup of yams contains almost thirty percent of the daily recommendation of vitamin C. The body uses vitamin C for protection from immune system deficiencies and may reduce the chances of macular degeneration, a condition in which fine vision deteriorates, resulting in central vision loss and is the leading cause of blindness in people over the age of 50.

Weight Control
Rich in fiber, yams fill you up nicely without filling out your hips and waistline. Yams’ complex carbohydrates are broken down into sugars, released and absorbed into the bloodstream at a gradual rate, keeping you satisfied longer, and they are very low in calories too.

Blood Sugar Regulation
Yams’ complex carbohydrates are broken down into sugars, released and absorbed into the bloodstream at a gradual rate. This prevents blood sugar levels from spiking too high too quickly and dipping too low. They are also a good source of manganese, which helps with carbohydrate metabolism and is a cofactor in a number of enzymes important in energy production.