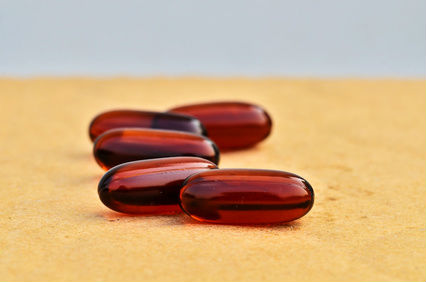 Krill oil is not well known, but it is loaded with health benefits. Krill are small invertebrate crustaceans similar to shrimp. Krill are fished for use as bait, feed for aquariums, and for human consumption. In Japan they are called okiami.

The use of krill oil as a dietary supplement is becoming increasingly popular due to studies that have found it to be very promising for many conditions as well as overall health and well-being.


Omega-3 Fatty Acids
Krill oil provides the body with a great source of omega-3 fatty acids, which cannot be found in many foods. Numerous studies have shown a big benefit to consuming omega 3 fatty acids, and they are a great nutrient for heart health. The omega-3 fatty acids in krill oil have been found to be more bioavailable than omega-3s from other fish oil supplements.

Brain Health
Another benefit to consuming krill oil on a regular basis is the fact that it promotes optimal brain functioning as well as retinal health. DHA (docosahexaenoic acid) and EPAs are available in krill oil and these elements are some of the most important building blocks for the brain.

Depression Treatment
The DHAs in krill oil also help to prevent and treat depression. This supplement can maintain a healthy mood and lower the risk of depression.

Anti-Inflammatory
The omega-3 fatty acids in krill oil are natural anti-inflammatories. Reducing inflammation in the body can provide many health benefits such as relief from rheumatoid arthritis, decrease in PMS symptoms, and reduced risk of heart disease.

Fast Absorption
Many people take fish oil for health benefits and krill oil offers many of the same benefits of fish oil but without the unpleasant fishy burping and taste. Krill oil is quickly absorbed into the body, it is more potent than other fish oils, and it is also high in antioxidants, which make it better than fish oil.

Skin Protection
A substance called astaxanthin is available in krill oil and this substance protects the skin from UV rays. Because of this, krill oil may help to reduce the occurrence of skin cancer and other problems associated with high levels of UV exposure.