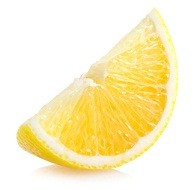 Columbus introduced lemons to the New World on his second voyage and they have been in Florida since the 16th century. Lemons are a great addition to many foods, especially salads as the juice is a potent antibiotic.


Cancer Prevention
Studies have found that compounds in lemons known as limonoids help fight cancers of the skin, mouth, breast, colon, and stomach. The benefits of these limonoids also last for much longer than the antioxidant powers of most other fruits. The vitamin C in lemons protects the body from oxidative stress caused by free radicals.

Bone and Connective Tissue
The vitamin C in lemons is a water-soluble antioxidant that moves throughout the aqueous environments of the body and gets rid of free radicals that damage healthy cells and promote inflammation. Vitamin C can be of some help in alleviating the symptoms of arthritis and rheumatoid arthritis.

Digestive Tract Health
Lemon juice may relieve the symptoms of constipation and indigestion. Lemon is also said to act as a blood purifier and a cleansing agent.

Cataracts
Vitamin C is essential to the functioning of the human eye. Research has found that it can prevent cataracts by increasing blood ﬂow to the eye.

Immune System
Lemons contain the vitamin C that is important for the proper functioning of the immune system. Adding a bit of lemon to your diet may be all that’s necessary to battle colds, flus, and recurrent ear infections.

Antibiotic Effects
Of special interest to researchers have been the flavonoids in lemons that have been shown to have antibiotic effects. Lemon and lime juice has been used in African and American cultures as an antibiotic in place of more modern sanitation and refrigeration.