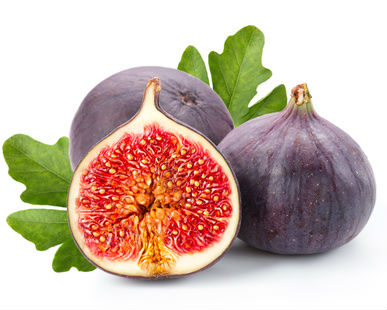 Figs are one of the healthiest foods on the planet, so it’s unfortunate that the only time some people encounter them is in a Fig Newton.

Anti-Diabetic Properties
Studies have found that fig leaves lower the amount of insulin required by diabetics.


Lower Triglycerides
According to research, fig leaves lower triglyceride levels. When the body makes too many triglycerides, a person is at risk for heart disease and obesity.

Bronchitis Remedy
Fig leaf tea is considered by many to be an effective home remedy for bronchitis and other lung ailments such as asthma.

Good Source of Calcium
Figs are one of the highest plant sources of calcium.

Full of Fiber
They are one of the most fiber rich foods. Because of this, they may have a laxative effect.

Potassium Power
Figs are a great source of potassium, a mineral in which many people are deficient. Potassium helps to regulate blood pressure and other important bodily functions.