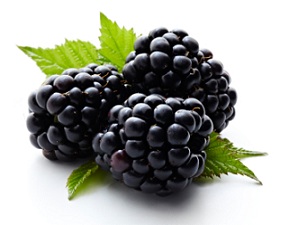 Anthocyanins are pigments responsible for the dark hue and skin colors of many plants and flowers, including fruits like grapes and berries. Appearing in virtually all plant tissue, including the stems, roots, leaves, flowers and fruits of most plants, these molecular compounds (a class of flavonoid) are odorless, flavorless and considered by many to be a powerful antioxidant with a variety of health benefits.

Here are 8 health benefits of anthocyanins.

Cancer Prevention
Antioxidants are considered to be great combatants against free radical activity within the body. One study found anthocyanins to be the strongest antioxidant of 150 different flavonoids. Laboratory tests have also indicated that anthocyanins may inhibit the growth of tumors and breast cancer cells.


Anti-Inflammatory
Experiments with animals have shown that anothocyanins may be a useful anti-inflammatory due in part because they prevent blood-vessel damage. Research suggests that they may be useful in fighting chronic inflammation, which is linked to heart disease, arthritis, type 2 diabetes, Alzheimer’s disease, dementia, and many other diseases.

Diabetes
Anthocyanins increase blood sugar metabolism and studies show that they may have a positive effect on abnormal collagen production, a side effect of diabetes that contributes to poor blood sugar control. One study also suggested that anthocyanins may be effective in preventing retinopathy, a diabetic condition that can lead to blindness. The anthocyanins not only prevent an overproduction of proteins but were also shown to repair leaking, damaged capillaries.

Allergy Relief
One Bulgarian study found that anthocyanins had the strongest effect of any flavonoid on allergy relief.

Weight Loss
Though still unproven as an effective weight loss aid, research on lab mice fed a high fat, anthocyanin enriched diet, showed less weight gained in mice given the anthocyanin supplement than those without.

Ulcer Treatment
Anothocyanins may be useful in treating ulcers because they protect the stomach by increasing stomach mucus and gastric juice secretion. This may be why bilberry has been used in traditional medicine to treat ulcers.

Cognitive Function
One study found that rats fed anthocyanins were less likely to suffer from memory loss and motor function degradation. It is believed that anothocyanins help reduce the loss of brain fat, a marker in brain aging. However, human trials and additional research are necessary to prove the connection between consuming anthocyanins and increased cognitive function.