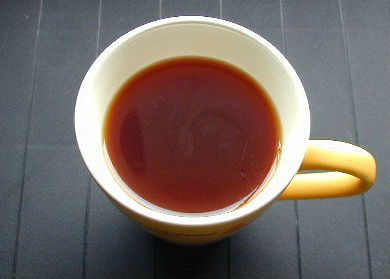 Over ninety percent of all tea sold in the West is black tea. All four varieties of tea (black, green, oolong, white) are made from leaves of the Camellia sinensis plant, but black tea generally has more flavour and caffeine than the others. Because black tea keeps its flavour for several years, it has long been an article of trade and bricks of black tea even served as a form of currency in parts of Asia into the 19th century.

Today, India, China, and Sri Lanka are the world’s largest producers of black tea. In the production of black tea, the leaves are first spread out on racks and blown with air to remove about a third of their moisture and make them pliable. Then they are rolled around to break their cell walls and release the sugars necessary for fermentation. To promote fermentation they are kept in a highly humid environment, which turns the leaves dark and develops black tea’s strong flavor. Finally, the leaves are dried and shipped off to all corners of the globe. The health benefits of black tea focus on the same areas as the green, oolong, and white variety. Since they all come from the same plant, it’s only natural they would have similar benefits.


Cardiovascular Health
Black tea is abundant in antioxidants, such as flavonoids, demonstrated to prevent the oxidation of LDL cholesterol, preventing damage in both the bloodstream and at artery walls, and lowering the risk of heart disease. Additionally, it has been shown that black tea flavonoids are able to both improve coronary vasodilation and reduce clots. Polypehnols found in black tea are also very strong antioxidants, and the manganese in black tea may reduce the risk of coronary heart disease by helping cardiac muscle function.

Cancer Prevention
Polyphenols in tea seem to help in preventing formation of potential carcinogens in the body, particularly in certain types of cancer, such as ovarian, lung, prostate, colorectal, and bladder. Other studies reveal that black tea may help prevent stomach, prostate, and breast cancer. A compound in black tea called TF-2 causes such cancer cells to go into apoptosis (programmed cell death) while normal cells remain unaffected. One study on oral cancer showed that consuming black tea can significantly reduce the risk of oral cancer, particularly in those who smoke cigarettes and use other tobacco products.

Skin and Hair Health
The antioxidants in green tea may help keep your skin from being plagued by acne, and in some cases have been demonstrated to function equally as well as the harsher benzoyl peroxide used in so many skin products.

Bone and Connective Tissue
Studies indicate that the bones of regular tea drinkers are stronger than those of non-tea drinkers, even when other variables were adjusted for. Scientists theorize it may be an effect of the powerful tea’s phytochemicals.

Digestive Tract Health
The tannins in tea have a therapeutic effect on gastric and intestinal illnesses and make it a great digestive aid, used in China as such for thousands of years. These tannins decrease intestinal activity and exercise an antidiarrheal effect. The polyphenols in green tea have been demonstrated to have an effect on intestinal inflammation suffered by people afflicted with conditions like irritable bowel syndrome.

Brain and Nervous System
Unlike high levels of caffeine found in coffee, the low amounts in black tea promote blood flow in the brain without over stimulating the heart. The caffeine in black tea hones mental focus and concentration and studies show that the amino acid L-theanine found in black tea can help you relax and concentrate more fully on tasks. Black tea has been shown to reduce levels of the stress hormone cortisol after a month of drinking four cups of tea daily. The caffeine in black tea might also give your memory the boost it needs for a few hours and some studies suggest that a regular tea habit may help protect against Parkinson’s disease.

Increased Energy
In moderation caffeine can be a benefit – in black tea it stimulates the metabolism, increases brain function and aids alertness. The caffeine in tea acts as more of a subtle stimulant, taking more than a few minutes to take effect, rather than hitting your system as quickly as coffee or cola. This effect is assisted by another compound found only in tea, theophylline. While caffeine chiefly targets the brain and muscles, theophylline stimulates the respiratory system, heart and kidneys. This helps maintain a healthy cardiovascular system.