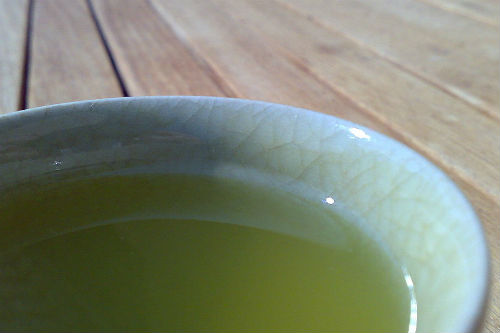 A lot of people wonder how much caffeine there is in green tea. It depends on several factors, such as how long the tea is brewed and the brand of tea, but according to the Mayo Clinic, an 8 oz. cup of green tea has about 24-40 mg of caffeine.

If you want to reduce the amount of caffeine you’re getting in your green tea, there’s an easy way to do so. Just steep the tea for about a minute in hot water and throw out the water. Most of the caffeine will be released into that first cup of tea. Steep the same tea leaves or tea bag a second time and you’ll have a mostly caffeine-free cup of green tea.

If you use loose leaf green tea instead of tea bags, you can choose how much tea goes into the brew. You can use just a half or a quarter of what you would get in a tea bag in order to cut back on the caffeine content per cup.

And of course, you can always buy decaffeinated green tea!