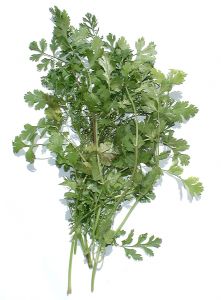 Tomorrow marks the official start of Cilantro Week. Why? Because I have declared it so. Cilantro, also known as coriander, is one of my favorite herbs and a crucial ingredient in many recipes. It is also incredibly healthy.

We’ll post recipes, fun facts, and other stuff about cilantro over the next five days.