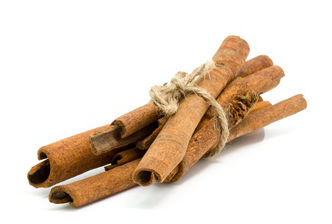 Studies have found that cinnamon may be great for blood sugar control. Here are 6 ways cinnamon may help regulate glucose and protect from the ill effects of diabetes.

Slows Stomach Emptying Rate
Cinnamon can reduce rising blood sugar levels after meals because it slows the rate in which your stomach empties after you eat.

Increases Glucose Metabolism
Research suggests that cinnamon helps the body process glucose at very high rates. In one study, patients consumed 1 to 6 grams of cinnamon per day. After 40 days, blood sugar levels were reduced by 24%.


Increases Insulin Activity & Production
Molecules called polyphenolic polymers found in cinnamon are believed to cause the body to produce more insulin. More insulin helps remove excess sugar from the blood. One study, published in the Journal of Agricultural and Food Chemistry, showed that compounds found in cinnamon extracts may increase insulin activity in the body 20-fold.

Possible Substitute For Insulin
More studies are needed to prove exactly how effective cinnamon may be in combatting diabetes, but many researchers already believe that it may be a natural, effective supplement for insulin. This may be particularly beneficial to patients with type 2 diabetes, who may react poorly and even develop resistance to insulin medication.

Enhances Antioxidant Defenses
Cinnamon is one of the most powerful natural antioxidants, preventing oxidation better than almost any other spice. Antioxidants have proven essential to ones health for a variety of reasons, including diabetic care.