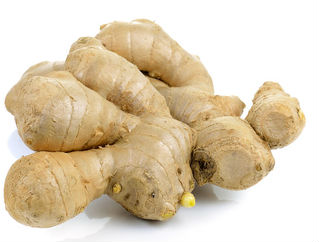 Ginger can be a great supplement to use during pregnancy. There are many women who have found relief from pregnancy discomfort by using fresh ginger or ginger supplements and there are studies to back it up. Research has found that ginger can be helpful during pregnancy for morning sickness. Here’s a look at the different studies on ginger and pregnancy.

Less Vomiting During Pregnancy
According to a study done by the University of Maryland Medical Center, ginger supplements can reduce morning sickness and vomiting in women who are pregnant. This study found that women began to find the relief within four days of consistently taking ginger supplements.

Ginger vs. Placebo
Another study compared the effects of ginger and a placebo to see how effective ginger is to reduce morning sickness. This study found that ginger was much more effective than the placebo at reducing symptoms. A larger study of 120 women found that pregnant women experienced less nausea when they were taking 125 mg of ginger four times per day.

Morning Sickness and Dried Ginger
A study done at the Arizona Center for Integrative Medicine found that dried ginger is safe for pregnancy and it is effective when it is used in the correct dosages. Pregnant women should avoid taking too much, because it can potentially harm the baby if consumed at higher levels. If you are experiencing morning sickness, 1,000 to 1,500 mg of dried ginger supplements can be taken each day to reduce the nausea.