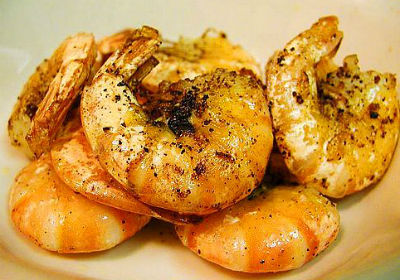 If you’re cooking shrimp, sometimes you’ll want to peel them first. Here’s how to peel shrimp in six easy steps.

1. Use a big bowl of ice water to keep the shrimp chilled while you are preparing them. Take the shrimp out of the ice water one or two at a time and then return the shelled shrimp back into the ice water until you are ready to cook them.

2. Pinch the head of the shrimp between your fingers and twist it off. Grab the legs and remove them. Sometimes, shrimp comes with the head and legs removed, so don’t worry about this step if it has already been done at the butcher. If the recipe gives instructions to cook the shrimp while still in the shell, it is a good idea to remove the head and legs before cooking.

3. Peel the shrimp by pinching the peel with your index and thumb. It is best to start at the end where the head was. Pull away the peel all the way down until you have reached the tail.

4. Devein the shrimp by pulling out the dark vein with your fingers or a paring knife.

5. You may choose to leave the tail on for decorative purposes, or remove it. Check your recipe to see if instructions for the tail are given.

6. Discard the shell and put the peeled shrimp back into the ice water.

7. Rinse the shrimp well and then cook according to the recipe that you are following.