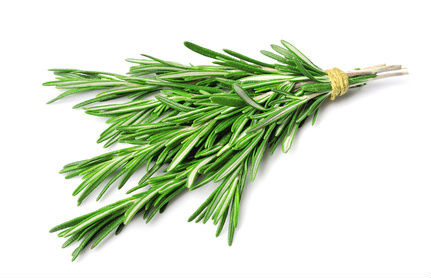 Rosemary has been associated with improving the memory for thousands of years. What is the truth behind this longstanding belief?

Throughout history, mourners would often carry sprigs of rosemary at a funeral and toss it into the coffin before it was buried to ensure that the deceased would not be forgotten.

The goddess of knowledge in Greek mythology, Minerva, is associated with rosemary.

The nine Muses in Greek mythology, who play an important role in inspiration and memory, are often depicted with rosemary in their hands. The Muses’ mother was Mnemosyne, the personification of memory.

Sir Thomas More said about rosemary: “It is the herb sacred to remembrance and, therefore, to friendship; whence a sprig of it hath a dumb language that maketh it the chosen emblem of our funeral wakes and in our buriall grounds.”

In the Grete Herbal, published in 1529, the following description of rosemary is found: ‘ROSEMARY. – For weyknesse of ye brayne. Against weyknesse of the brayne and coldenesse thereof, sethe rosemaria in wyne and lete the pacyent receye the smoke at his nose and keep his heed warme.’

Rosemary’s role in the remembrance of the dead appears in Shakespeare’s work.

In Romeo and Juliet, Friar Laurence speaks over Juliet’s body: “Dry up your tears, and stick your rosemary on this fair [corpse]; and, as the custom is, in all her best array bear her to church.”

So is there any truth to the longstanding link between rosemary and memory? Yes. Researchers have found that the carnosic acid in rosemary is neuroprotective, meaning that it protects brain cells from free radical damage. This damage plays a large role in the development of Alzheimer’s disease and other neurodegenerative brain disorders.

Researchers plan to develop drugs based on the carnosic acid in rosemary. Dr. Takumi Satoh from Iwate University in Japan said:

“We can do even better in protecting the brain from terrible disorders such as Alzheimer’s and Lou Gehrig’s disease, perhaps even slowing down the effects of normal aging by developing new and improved cousins to the active ingredient in rosemary.”

In another study, the scent of rosemary improved the quality of memory function of office workers.

It looks like remembering to add rosemary to your diet may just help you remember a lot of other things, too.

2 Comments on "Rosemary for Remembrance"

Sort by:   newest | oldest | most voted
Sean (Ireland)
Share On TwitterShare On Google

Thanks for this information. It is really helpful. I was told that rosemary oil helps you to remember your dreams, so if anyone is finding it difficult to recall vivid dreams, try burning rosemary oil in a tea-light burner.

Vote Up
1
Vote Down
Mandy
Share On TwitterShare On Google

This is cool. I wonder if it would help with my mother’s dementia?