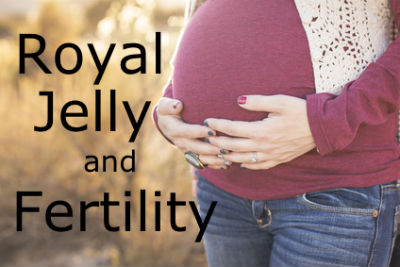 Royal jelly is said to improve fertility in women. Royal jelly, a modified bee pollen, is basically a “bee fertility” substance given to the queen bees so that they’ll produce more bees. So does it work in humans?

While there is much anecdotal evidence by women on the Internet who say royal jelly improved their fertility and led to pregnancy after other methods failed, there isn’t much scientific research on royal jelly and fertility.

However, Bogdan Tekavcic, a Yugoslavian gynecologist, found that women given bee pollen with royal jelly saw an improvement or disappearance of their menstrual problems, while the control group who did not take the royal jelly saw no improvement in their symptoms.

It is believed that royal jelly increases the health of eggs as well as improves a woman’s overall reproductive health by reducing inflammation, increasing libido, and keeping the reproductive organs “young.”

If you decide to try royal jelly to improve your fertility, check out 5 Best Royal Jelly Supplements to help you decide which kind to buy.