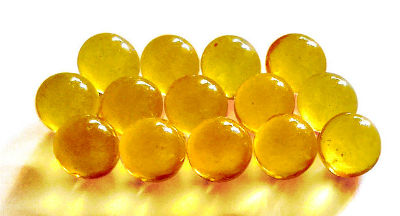 While there is no disputing that it has many health benefits, you should be aware of the following cautions and potential side effects of cod liver oil.

Digestive Issues
Cod liver oil may cause nausea, vomiting, decreased appetite, heartburn, stomach bloating, diarrhea, and burping. Some people experience an unpleasant aftertaste from the oil up to several hours after taking the supplement.

Blood Thinning
One of the health benefits of cod liver oil is its ability to thin the blood which prevents dangerous blood clots. However, taking large doses of cod liver oil may thin the blood too much and lower the blood’s clotting ability, especially when taken in combination with other blood thinning drugs or supplements such as aspirin, warfarin, heparin, garlic, ginko, and others.

Extreme blood thinning may lead to nose bleeds, bruising, gastric bleeding, or hemorrhagic stroke. If you are taking any other supplements or medications that thin the blood, talk to your doctor before taking cod liver oil.

Beware of Contaminants
Only purified, high quality cod liver oil should be taken in order to avoid PCBs, dioxins, mercury, and other potential contaminants. Research the brands that are available and find out how they purify their oil before purchasing.

Pregnancy
Expectant mothers should be extra aware of the danger of contaminants mentioned above because they may cause birth defects.

One study found that cod liver oil taken during pregnancy increased the risk of gestational hypertension by as much as five times the normal rate. However, it is not clear whether the hypertension was caused by cod liver oil itself or the mercury that may have been present in the oil used in the study.