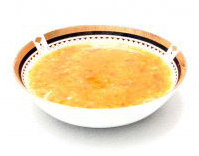 The cabbage soup diet consists of eating nothing but cabbage soup for seven days. The diet restricts dieters to just one kind of food for a set amount of time. It’s a fad diet that has been around for years in different variations.

Does it work? You’ll lose weight on any very low calorie diet. It doesn’t matter what you eat as long as the calories consumed are less than the energy expended. The reason diets like the cabbage soup diet work is that, for many people, restricting themselves to just one food makes it easier to diet than allowing themselves freedom choice. By taking away choice we constrain ourselves mentally and are less likely to fall off the diet wagon.

Many claim one can lose ten pounds in one week on this diet. However, most of the weight lost will be water. As soon as you return to your normal diet most of those pounds will return. Also, as with any crash diet, you might be so hungry at the end of the week that you will binge on unhealthy foods and end up weighing more than before you started.

Cabbage soup can cause serious gas and may make you smell bad. Your friends and family may not want to spend much time around you while on this diet. Many people are unable to complete the entire seven days of the diet for this reason and also because nothing but cabbage soup for a week just gets plain boring.

Still want to try it? For people who are struggling to lose large amounts of weight, going on a very restrictive diet for seven days may be a useful physical and psychological way to kickstart a diet. However, it is imperative to consult your physician before undertaking any such weight loss program.

Just what does this cabbage soup consist of, anyway? There are several recipes and variations floating around the web. In addition to cabbage, the soup usually contains other vegetables such as tomatoes, celery, and carrots. Some people keep it bland and others make it spicy.

Here’s one recipe to get you started. It looks like it’d be a good, nutritious soup whether you are on a diet or not.

Sort by:   newest | oldest | most voted
Ed
Share On TwitterShare On Google

A guy at work went on this a couple times. He indeed lost weight, but always gained it back once coming off the diet. And talk about excessive flatulence!